There's no going back

There's no going back from what's happened in Indonesia. But is there an exception?

There's no going back

There's no going back from what's happened in Indonesia. But is there an exception? 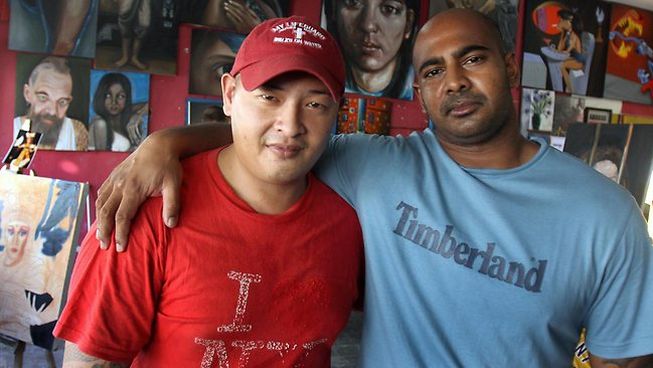 I was working in a radio newsroom in Sydney in 2005 when news first broke; a group of Australians (who would soon become known as the “Bali Nine”) had been arrested in Indonesia, accused of planning to smuggle drugs into Australia. I remember the response of my editor as we read the initial news wire together: “This is going to be a significant news story”. How little did we realise then that 10 years later we as a nation would still be talking about, this time, the execution of two of those nine.

All eyes in Australia have been on Indonesia over the past few days, many watching with horror, as Andrew Chan and Myuran Sukumaran have been executed. In the months leading up, opinion has been strongly divided as to the rightfulness of what would, and has now, taken place. Today is not the day to have that debate. Today is a day to, as one sentence in the Bible says, “weep with those who weep” (Romans 12:15).

However it is worth reflecting in this time of weeping on a truth about which all sides of the argument agree. A truth that is profoundly apparent in the wake of the execution of these two men. With death, there is no going back.

It is the haunting finality of death that all sides of this discussion will not dispute. Death is the end. There is no coming back from it. Which is why some are so opposed to capital punishment. Capital punishment is so final. It is the one sentence that we cannot repeal once it has been done. What we have just seen happen in Indonesia; there is no going back.

But for those who maintain Indonesia has a right to exercise justice in such a way, they too lean on this argument. These men committed a crime. This is the punishment that Indonesia has set for such a breach of the law. Regardless of their rehabilitation, the crime was committed so Indonesia was right not to go back from the sentence. Even if it’s a sentence, now imposed, we cannot ever go back from.

But like all good rules, does this one have an exception?

Two thousand years ago another man faced capital punishment. A man who in the face of death said, “I’m not turning back”. As Jesus of Nazareth stood in the Garden of Gethsemane in the days leading up to his death it is recorded that he said, “My soul is overwhelmed with sorrow to the point of death” (Matthew 26:38). The finality of death was weighing heavy. But he went on to say, “My Father, if it is possible, may this cup be taken from me. Yet not as I will, but as you will” (Matthew 26:39).

These were the words of a man facing capital punishment. The stark reality of death was before him. And yet in the face of death he says “I’m not going back from it. I’m going into it”.

Why this determination to go towards his death? Why no turning back? For one reason, and one reason alone. Jesus knew that his death would open the way to us escaping the finality of death. Because it would be a death for you and me.

Ultimately we are all facing death. Unlike Andrew Chan and Myuran Sukumaran we are just less sure of when. Yet there is a way of escaping the finality of death. It is if another stands in the place of condemnation, taking the final penalty of death for us, and in its place offers life.

And there is one who claims to have done that - Jesus.

“I stand for mercy” has been the catch-cry of those opposed to the death penalty in the past few weeks. In Jesus, God extends mercy. Death is no longer the end - there is now hope beyond the grave.

It is reported that in the months and years leading up to their executions Andrew Chan and Myuran Sukumaran got to know this man Jesus, who like them, faced capital punishment. It is reported that they put their trust in him. Indeed as I was watching the news last night it was reported that some of Andrew Chan’s last words to his supporters were Matthew 10:28, “Do not be afraid of those who kill the body but cannot kill the soul. Rather be afraid of the One who can destroy both soul and body in hell”.

The fact of their conversion doesn’t make the haunting reality of their executions any less real. It doesn’t take away the incredible pain and sadness that their families are experiencing right now. It doesn’t quell the horror that many Australians feel today at the manner in which they were killed.

No going back? Maybe, there is.