Debate: Is God really there?

Is God really there? An atheist and Christian debate this age-old question

Debate: Is God really there?

Part 1 of a debate between Robert Martin (Melbourne director of City Bible Forum) and atheist Raphael Lataster (Studies of Religion lecturer at Sydney University). This section has both opening statements and both opening responses. The Q&A and closing statements were recorded separately.

The moderator was Steve Marton (President of Sydney Atheists).

The debate was held on 13th November 2015 at Club Redfern and hosted by Sydney Atheists (http://www.sydneyatheists.org). 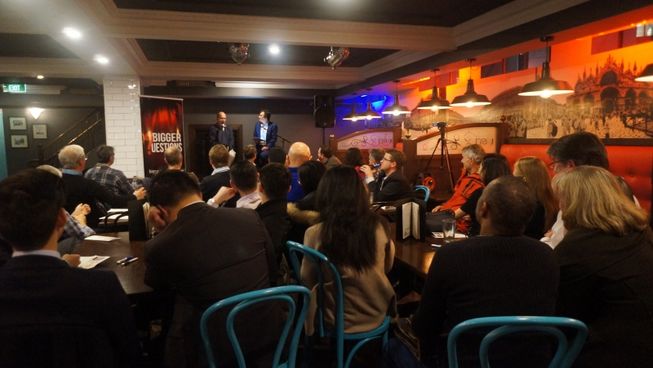