A birthday message to the famed atheist

A birthday message to the famed atheist 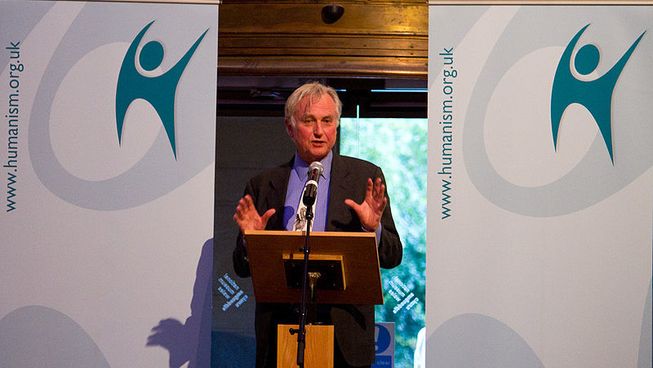 Famed atheist Richard Dawkins celebrated his 80th birthday this week. Many leading thinkers and celebrities, such as Stephen Fry and Neil deGrasse Tyson have sent their congratulations and I wanted to add my best wishes as he reaches this milestone.

Whilst I clearly disagree with what many of the things Dawkins says, and I come to a different conclusion as to the existence of God. I have found his work deeply influential in my life.

When people ask me what books have impacted me the most, I say The Bible and The God Delusion.

The impact of The God Delusion

I read The God Delusion some 14 years ago not long after it was released and it had a profound effect on me. It challenged many of my lazy presuppositions on the existence of God and confronted me with some of life’s biggest questions. It was provocative and stimulating. It woke me from my ‘dogmatic slumbers’ and set me on a course to work out if there really was evidence for the Christian faith.

My faith was radically shaken and I seriously questioned whether God was really there: did my prayers merely bounce off the ceiling? Were the Gospels trustworthy? Did atheism better explain the world around me.

I found that as I engaged Dawkins’ works, I concurred with his method – I value evidence and reasons to believe something is true. I completely agree with Dawkins that religion should not be beyond critical examination and a person should be able to give reasons for their belief in God. Deference to simplistic reasons like ‘just have faith’ or ‘because my mum believes’, or ‘because it’s how I was brought up, were clearly inadequate.

Hence as I seriously contemplated atheism and jettisoning my faith, it was Dawkins’ approach toward evidence which helped me grow in my faith and sharpen the reasons to believe in God and that Jesus was who he claimed to be. I gave a talk several times, ‘Why I love Richard Dawkins, but I’m not an atheist’. The main reason I gave was ‘evidence’, particularly the evidence of the resurrection of Jesus found in 1 Corinthians 15. This is evidence which gives solid reasons to believe Jesus really was raised from the dead because it’s early – predating any of the Gospels by at least a decade – it’s sourced from and references multiple eyewitnesses, it comes from a source initially hostile to the resurrection – Paul once persecuted the church and it best explains the data we have concerning the rise of the early church. Thus we have good ‘evidence’ that Jesus was indeed raised from the dead, which in turn provides me evidence that God is real and the Christian message is true.

So many thanks Richard

So I am very grateful for Richard Dawkins for helping me constantly question and seek answers to hard questions and always desire for evidence. Perhaps it’s not the birthday message he wanted to hear, but I am thankful for Richard Dawkins because he enabled me to be firmer in my faith in God and has helped me articulate much clearer reasons for believing in God.