Headstart - Over the holidays: Recalibrate

Headstart - Over the holidays: Recalibrate 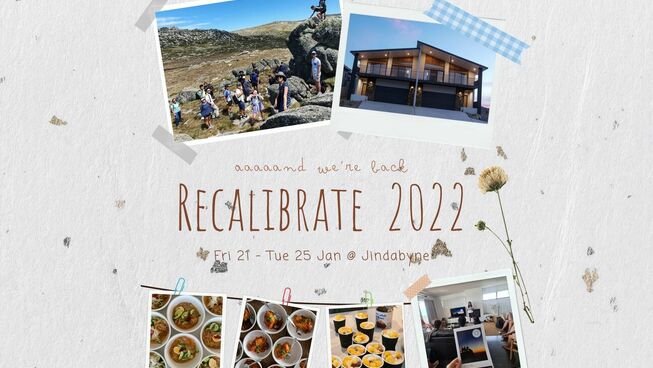 Michael is a regular at Headstart in Sydney. He works as a software engineer, but if you want some property matters advice, he’s your guy. Michael has been at Headstart since the start of 2020, and we interviewed him about the past year of Headstart and the upcoming Recalibrate weekend away and why he’s keen to come again.

So, Michael, what was something you’ve enjoyed about Headstart this year?

I’ve really love the Headstart community where we’ve been able to share about life and our experiences through interviews, breakout rooms, the after-party and even outside of Monday nights. I’ve appreciated everyone that has made this a safe space to allow people to be vulnerable and respect each other while sharing and following up afterwards. The topics that have been discussed are sometimes not one commonly brought up in church but just as important, so it was encouraging to hear young workers and not-so-young workers share their stories, struggles and how God has made a difference in their lives.

A positive aspect despite the pandemic is that there have been many new people join from different areas outside of Sydney, interstate and internationally to gather together (shoutout to Headstarters from Philippines, UK, Germany and other places).

How has Headstart challenged you this year?

I was really challenged by evangelism this year. I didn’t have much experience and thought it would be tough during the pandemic, but I was encouraged through the speakers sharing their experiences and resources, such as The Word One to One.

Term 3 is usually where we dive into deep topics and this year’s season 3 was no exception. There were some great quotes that were posted up in the Headstart Facebook group that captured the vulnerability of the topics, such as:

“I really appreciated the honesty and down-to-earth nature of the interviewees. They were genuine about their struggles with marriage and singleness e.g., having to decide whether they would trust that God was good despite unfulfilled expectations and heartache.”

I was struggling through this lockdown with feeling conflicted about the future, being overwhelmed with negative thoughts, and being exhausted from it all. This was the first time I’ve experienced it quite severely and being physically isolated through singleness made it quite hard. The topics of headspace and rest came up and we discussed healthy ways to cope through this tough season and reaching out for help and checking in with one another. From the discussions and the quotes, it gave me encouragement to continue looking forward, that I’m not actually isolated because I am reminded that I can rely on God to get me through as He is in control and giving me peace, love and strength.

You came along to Recalibrate in January. For those who aren’t familiar with it can you explain a little about what it is and what made you decide to come along?

Recalibrate is an awesome chill getaway where we brew on a topic over the course of the trip with morning bible talks, meals together and fun with different activities or rest. Due to the pandemic, most of the Headstart sessions were online in 2020, and similarly with 2021. I came to Recalibrate because I wanted to make deeper connections with other Headstarters whom I’d seen online and maybe chatted with a bit, but it is different from being in a physical setting where we can have multiple conversations afterwards. Plus I needed a holiday.

What was a highlight from the trip?

There are so many highlights from this trip. We went up Mt Kosciuszko, which was my first successful time doing so (2 other times I couldn’t start the hike due to extreme weather), and Mark gave us a short talk up on the summit! However, along the way, I enjoyed the conversations I had with many people I had not previously met. I am also thankful for the generosity of fellow Headstarters for helping me out. Embarrassingly, I left my wallet behind and only found out upon reaching Goulburn.

We can’t forget about the fun and games that happened on the trip, from board games and playing them till late, or the other house taking 1.5 days to finish a game of Catan, to the Just Dance session. (Mark dancing to BlackPink, expect an encore this year!)

What would you say to someone who’s unsure about coming along to next year’s Recalibrate?

Again, this is a really good opportunity to meet other Headstarters while having an enjoyable holiday!

Recalibrate is being held next year from January 21st – 25th in Jindabyne. To find out more about it or to register visit: https://bit.ly/Recal22