Is it ok for a Christian to be ambitious? | City Bible Forum
Loading...

Is it ok for a Christian to be ambitious?

Wrestling with workplace ambition in the life of the Christian

Is it ok for a Christian to be ambitious?

Wrestling with workplace ambition in the life of the Christian 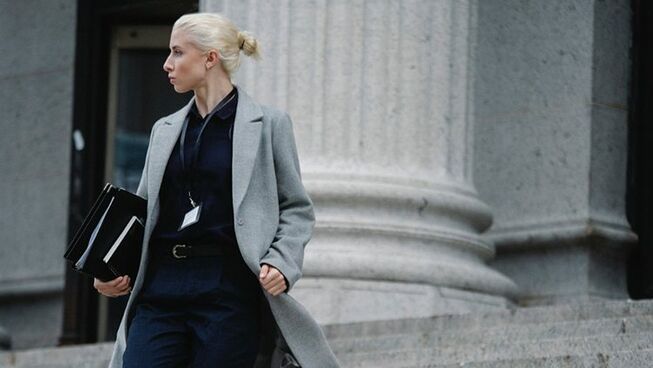 Ambition. It’s a word that can cause great angst amongst Christians. And for good reason. We often associate it with a “win at all costs”, “stab your competition in the back” mentality, especially when it comes to the workplace. Most of us are familiar with the kind of person who is incredibly driven and will stop at nothing to get what they want. Maybe we’ve even been that person at times!

But is the opposite really all that good either? Imagine having no passion, no drive, no goals, but just coasting through life. When it’s described this way, it doesn’t sound like a good alternative.

So is there a place for ambition in the life of the Christian? And if so, what does it look like? And if we have no ambitions, is that just as bad as being the “win at all costs” ambitious type?

Thankfully the Bible doesn’t leave us in the dark on these questions but gives us very clear answers.

At its most basic level, ambition simply means striving hard to achieve something. Problems arise however when our drive to achieve something is ultimately for our own goals and fulfilment, which is why this kind of ambition often manifests itself in manipulation and crushing anyone who gets in our way (James 3:16).

This is the type of ambition that the Bible calls, “selfish ambition”, and makes clear that it is wrong for the Christian. For example, in the Apostle Paul’s letter to the Philippians, he speaks about some who are preaching Christ “out of selfish ambition” (Philippians 1:17). Paul is clearly unimpressed by their motivation. While they might be preaching Christ, they ultimately have their own selfish priorities driving them, “supposing that they can stir up trouble for me while I am in chains” (Philippians 1:17). They likely wanted human praise (that they were envious Paul might be receiving instead) so again, selfishness drove their ambition.

Later, in the same letter, Paul encourages his readers not to be driven by “selfish ambition”, but to instead be characterised by humility (Philippians 2:3).

But this doesn’t mean all ambition is wrong. If there is one person in Scripture who is incredibly ambitious, it is the Apostle Paul!

We see his ambition on display just a few verses later where he talks about pursuing a deeper relationship with Christ, pressing on and straining toward what is ahead (Philippians 3:12, 13) in order to “win the prize for which God has called me heavenward in Christ Jesus” (Philippians 3:14). This is not the language of someone who lacks ambition! We see the same kind of fervent ambition in Paul’s other letters where he describes doing all he can to take the gospel to others, no matter the cost to himself.

Pursuing the right type of ambition

And that is what makes all the difference. This kind of ambition we see in Paul might best be labelled Godly ambition. Unlike selfish ambition, it’s the kind of ambition that is driven by the interests of others, and in particular God. It’s a humble ambition; passionately working hard to achieve something, but for the sake of others, not ourselves. This is perhaps why Paul contrasts selfish ambition in Philippians 2:3 with humility. As writer Amy Dimarcangelo puts it in her article, “How do I discern if my ambition is Godly?”, there is nothing wrong with ambition, “as long as that desire and determination is wrapped up in God’s glory and not our own”.

What does this mean for the Christian in the workplace? It means we are to be ambitious . . . for others!

Study hard, learn new skills, devour podcasts, absorb books—doing it all with the goal of not getting ahead for our own selfish gain, but rather so that we can steward the abilities that God has given us for the sake of those we work with, and those who benefit from our work.

This may be a radical way of thinking, particularly if we’ve previously only ever thought of doing these things for our own advantage.

However, God in His great wisdom often gives us desires (and skills and gifts and knowledge) that we find it is our joy to use in the interests of others. God is not a cosmic killjoy; He longs for our joy but knows that the greatest joy will be found when we use what we have for others, not ourselves. Why did Jesus die on the cross (the greatest act of selfless ambition)? “For the joy set before Him He endured the cross” (Hebrews 12:2). It is one of the strangest, but most beautiful paradoxes of the Christian faith—in giving of ourselves we find the deepest joy and delight.

It is important to note at this point that our motives are always mixed. Indeed, the very same task which can be done for the good of others might also be done out of selfishness (consider the example Paul gives of those preaching Christ, “out of selfish ambition”!).

It is good to be alert to this, and to ask ourselves from time to time, “What is driving my ambition—selfishness of selflessness?” But just because our motives are often mixed, and at times impure, this does not mean we should not be ambitious, but rather pray fervently that God will increasingly focus our ambition more on the good of others and not ourselves.

Avoid a lack of ambition

But what about our final question: If I have no ambitions is that just as bad as being the “win at all costs” ambitious type?

Often yes, but an important clarification is needed. What others view as “lack of ambition” could just be a deep contentment of being exactly where God has placed us. If we have that contentment, then praise God! But that doesn’t mean we should lack ambition in that place. Contentment and ambition can (and should) go hand in hand. In your contentment still be ambitious in that place for those around you. Strive to consider their needs before your own and how you can support them in their daily labour.

However, a genuine lack of ambition in the Biblical sense could also be described as laziness.

The sluggard in the book of Proverbs is frequently held up as an example of what not to do (Proverbs 6:9; 13:4; 15:19; 26:15). There is nothing God-honouring about squandering abilities He has given us which could be used in the service of others.

In the same article, Amy DiMarcangelo also wrote: “The passive person who shuns personal effort because they ‘trust God’ might sound spiritual, but the sentiment is an excuse for laziness and lack of responsibility. Trusting God for a harvest is worthless if you’re unwilling to plant and water seeds”. Indeed Jesus condemns the worker who buries their talents and doesn’t put them to use (Matthew 25:14-30).

So be ambitious—for the Lord! Consider the gifts, skills, talents, abilities, and opportunities He has given you. And then creatively, and passionately strive to use them for the good of others and His glory.

Originally published on YMI at https://ymi.today/2022/06/is-it-okay-for-a-christian-to-be-ambitious. Republished with permission.