The Myth of Jesus?

Why leading atheists cringe when you say Jesus never lived

The Myth of Jesus?

Why leading atheists cringe when you say Jesus never lived 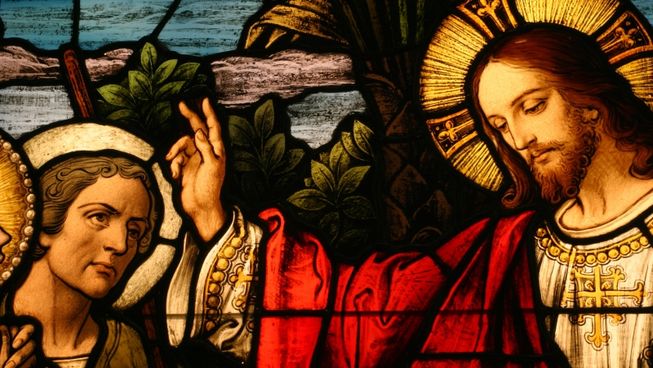 You might have heard of a ‘wave of recent scholarship’ and a ‘growing consensus’ that Jesus Christ, founder of the Christian faith, may not have been historical. Any stubborn ‘Historicists’ who still believe in the historical Jesus only do so because of their own religion. But mainstream tenured historians and leading atheists call this ‘Mythicist’ research inept and point out the lack of any serious evidence or serious historians.

The most common argument you’ll hear from the Mythicist minority is that there’s not enough historical evidence to overcome the burden of proof. (For typical examples of this read these articles on The Conversation and Huffington Post and Richard Dawkins blog.) The name that keeps coming up in connection with the Mythicist movement is Richard Carrier. Carrier contends Jesus was a myth – alternatively a hallucination or syncretism of existing pagan deities. Mythicists look to Carrier as the legitimiser of this cause because he has written the only Mythicist text to have ever passed peer review – a book called On the Historicity of Jesus. This book uses a method called Bayesian Statistics to prove its point - a method not used by any other historian.

Respected Professor R. Joseph Hoffmann is equally contemptuous of fundamentalist scholars and mythicist scholars. He serves it up pretty strongly to Carrier, pointing out that Carrier has never held an academic position. Bayesian Statistics is not an accepted historical method and he pans this use of it saying “Carrier is committed to making up methods as he goes along” and describes Mythicism as “the single greatest threat, next to fundamentalism, to the calm and considered academic study of religion, touting the scientific method as their Mod Op while ignoring its application to historical study”. Leading atheist New Testament Scholar Bart Ehrman, who says “I am not a Christian, and I have no interest in promoting a Christian cause,” dismisses Carrier’s work as being contrary to “virtually every serious scholar in the field of early Christian studies”. Ehrman sees other motives in the Mythicist camp:

While there are no Mythicists with actual teaching positions at any universities, there are plenty who hold a historicist position. Beyond those mentioned, you can find Paul Eddy, Burton L. Mack, Robert W. Funk, Paula Fredriksen, Richard Horsley, Gerd Lüdemann and John Dominic Crossan among others. The existence of these highly respected historicist academics (and corresponding lack of Mythicist academics) debunk any suggestion of a ‘wave of recent scholarship’ and a ‘growing consensus’.

Richard Dawkins notoriously wrote in his book The God Delusion, “It is even possible to mount a serious, though not widely supported, historical case that Jesus never lived at all, as has been done by, among others Professor G. A. Wells of the University of London”. What he didn’t mention was that Professor Wells is a professor of German Language – not a professor of classics or ancient history. His claim didn’t stand up to public scrutiny and now both Wells and Dawkins have abandoned that position. Dawkins has since clarified that his main contention was against the divinity of Christ, not the historical existence of Jesus. Likewise Christopher Hitchens in this video makes his position clear as a Historicist.

If Jesus was not a historical person, you would expect a long history of Mythicist attacks. Professors of ancient history Alanna Nobbs and Edwin Judge point out that very early “non-Christian, and even hostile, sources attest to the existence of Jesus in first-century Palestine." Jesus was thought to have been executed in about 30 C.E. These antagonistic sources come as early as 43 years afterwards. Here are five of the earliest references to Jesus from sources apart from Christianity.
Mara bar Serapion was a pagan who considered Jesus to be wise but not divine. In a letter most secular scholars date to shortly after 73 C.E. he asks “What advantage did the Jews gain from executing their wise King? It was just after that their Kingdom was abolished.”

Titus Flavius Josephus was a Jewish defector to the Romans and recorded the First Jewish-Roman War from the Roman perspective. In about 94 C.E. Josephus refers to “Jesus, who was called Christ” and in another text says, “Now there was about this time Jesus, a wise man”. Most copies of the second text have been unhelpfully ‘enhanced’ by a later Christian editor, but there is one copy of the text preserved that was never edited gives us confidence in Josephus’s description of a historical Jesus. Tacitus was a Roman historian who in about 116 C.E. describes the death of Jesus, “Christus … suffered the extreme penalty during the reign of Tiberius at the hands of one of our procurators, Pontius Pilatus”.

Roman Historian Suetonius wrote in 121 C.E. “He expelled from Rome the Jews constantly making disturbances at the instigation of Chrestus”. Celsus, a pagan critic of Christianity, in about 177 C.E. described Christians as conmen with some kind or elaborate healing scam. He attacks Jesus as being a self-important conjurer who had learnt slight of hand in Egypt. While none of these are first hand accounts of Jesus, they all seem to describe an ancient world where opponents of Christianity considered Jesus to be a historical person. In fact, there are no known critics who make the Mythicist claim until the 18th century.

Leading atheists and respected ancient historians believe Jesus to have been a historical person, but ask the average person in the street and they’ll probably express doubt in a historical Jesus (40% according to a survey in the UK).

This is regrettable for two reasons. Firstly, it means that in the average atheist vs Christian conversation the former is often arguing something that cannot be seriously defended. Secondly it means that the argument does not deal with the actual disagreement. After all, a historical Jesus is not the same as a divine Jesus. Both sides can admit to a historical Jesus without actually advancing the debate any distance at all. It ignores the more consequential questions of “Was Jesus divine?”. This debate gets to the actual disagreement between atheists and Christians. So why not get started with this debate between John Lennox and Richard Dawkins about whether there is a God. We know Jesus was a historical person and he seems to have made some pretty big claims about who he was – so rather than getting side-tracked into a thoroughly debunked controversy why not investigate and test those claims for yourself?