Slipping into pandemic-induced ennui? You probably are by now | City Bible Forum
Loading...

Slipping into pandemic-induced ennui? You probably are by now

This lock down season has left many of us feeling stressed and bored. Here's what you can do about it.

Slipping into pandemic-induced ennui? You probably are by now

This lock down season has left many of us feeling stressed and bored. Here's what you can do about it. 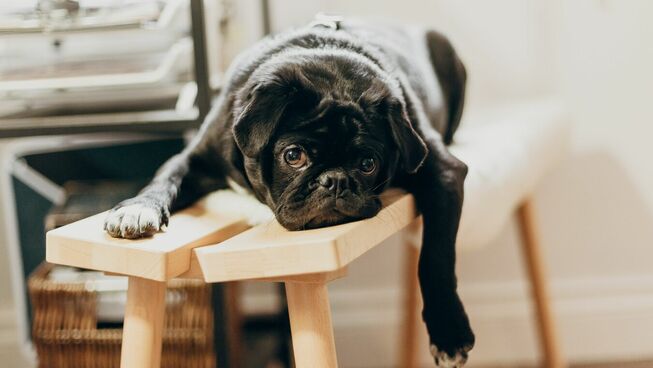 I learned a new word this week: ennui. Pronounced “on-we”, it means a feeling of listlessness and dissatisfaction arising from a lack of occupation or excitement. In other words: boredom.

I never thought boredom would be a word I’d apply to myself. Probably because I didn’t really understand what boredom is. According to the experts:

“Boredom is…defined by an inability to pay attention either because a task is too hard, too easy or simply doesn’t feel meaningful to us in the moment. During the pandemic, many of us…may be slipping into ennui because we can’t see our friends and have too little to do. Others may be juggling work and kids and feel completely overwhelmed: they’re bored because they have too much to do and can’t focus on the task at hand.”

I always thought that I was too busy to be bored. I remember a defining childhood moment in the backyard when my mum said: “You kids are always saying you’re bored. I’ve got too much to do to be bored”. Another defining moment occurred a couple of years ago now, when I was talking to my boss over the photocopier. He said it was possible to be stressed and bored at the same time. I had never put those two things together, but as soon as he said it, it made sense. Aspects of my work had become unstimulating and unchallenging: code for too easy and not meaningful enough.

I always thought that if I said I was bored, I was admitting to a problem that at face value seems trivial. Plus the word “bored” has such negative connotations. As a good friend of mine told her kids: “Only boring people get bored”. But then I read that boredom isn’t good or bad. Research showed that boredom led to good behaviours like giving to charity and donating blood. What matters is the way we respond.

So in this most recent lock down I’ve decided to own it: at times I am bored. I have enough to do – between working full-time, studying, attending to my hobbies, watching Netflix and meeting one friend a day for exercise. And yet I also feel dissatisfied with the world around me. At times I do feel disinterested in the activity on offer. Sometimes I don’t want to tackle that work task or even watch a favourite show on Netflix. I want to be engaged with the world but the conundrum is that I don’t want to do the thing that is in front of me. I am slipping into a pandemic-induced ennui.

The interesting thing with a pandemic is that my options for dealing with my boredom are limited. Pre-COVID I had more in the tank to help mitigate the boredom. I could go shopping in a lunch break. I could catch up with friends over dinner or drinks. I could do a Pilates class. All things that in this current lock down, are off-limits to me.

While my options to address my boredom are limited at the moment, it’s not that they are non-existent. The advice I read said:

2. Figure out why you feel unsatisfied with the activity and that can help you find the right alternative. (I think figuring this out isn’t always easy or straightforward. If I sense I am feeling dissatisfied (or just plan don’t want to do something) I’m going to ask myself: is the task that I’m doing too hard? Too easy? Feels meaningless? I can then choose to do something that doesn’t elicit those feelings. And if I have to keep going with the boring task then I can reframe my perspective –have the emotions, rather than being owned by them).

3. Come up with a list of activities for when you are energetic and bored, and when you are feeling tired. It doesn’t have to be something big to make a difference to your mental state. It could even be something fairly mindless like getting a coffee. It’s about finding an activity that feels meaningful in the moment and that you have the energy to engage with. (Bizarrely enough, I have started to do that with cleaning. Even something small like vacuuming the carpet gives me a sense of satisfaction and accomplishment).

While this is great advice, the problem I see - which to be fair these experts also acknowledge – is that no matter how many activities we line up, boredom will eventually show up. I asked my boss (the one who made the comment that you can be stressed and bored at the same time) what the solution is. He answered that the biggest help is stepping back and putting the whole thing in a bigger perspective.

Not an easy thing to do in our day and age. David Brooks, the New York Times journalist, writes in his book The Second Mountain (p33):

“Many people have lost a sense of purpose in their lives. When you take away a common moral order and tell everybody to find their own definition of the mystery of life, most people will come up empty. They will not have a compelling story that explains the meaning of their life in those moments when life gets hard. Many people have lost faith in the great causes and institutions that earlier generations relied on to give life a sense of purpose and meaning. …They have lost faith in the church. …They have lost faith in their country…People do not feel they are part of some larger story that they can believe in and dedicate their lives to.”

Jesus claims that he is God: that he is this larger story. It’s a big claim. It’s not easy to believe now – and wasn’t easy for the people who actually met him either. One of my favourite stories in the Bible is when a distraught father seeks out Jesus because his son is deathly ill. He’s in two minds as to whether Jesus can actually heal his son. And if he’s not the miraculous healer, then maybe he isn’t God either. Jesus challenges him on his belief. The man replies: “I do believe, help my overcome my unbelief”. [Mark 9:24]

What I love about this story is that it shows that faith is a mixture of belief and unbelief. There’s room for doubt in faith. What the man gets right is to ask Jesus for help.

As a university student, when I first began to investigate the claims of Jesus, I struggled to work out whether Christianity was true because it actually was– or because I wanted it to be. I looked at the historical evidence for the life, death and resurrection of Jesus. There was good evidence for these things but it also required a “gap” to believe (a smaller gap than atheists make out). I decided to open a door for conversation. I began to pray. One of prayers to God I prayed was: “God if you are real, then make yourself known to me”.

I’ve been following Jesus for 31 years now. Sometimes I wonder whether I have been deluding myself over all these years. And then I remember that faith is a mixture of belief and unbelief. How much belief do I need? Like that man in the story – just enough to ask Jesus for help.

Lately I’ve been asking myself how following Jesus should make a difference to my pandemic-induced ennui. It certainly doesn’t take the boredom away. What it does give me though is a compelling story when life gets hard. My life is tied up in something greater than myself. That helps me to step back and put the whole thing in a bigger perspective. And while I line up my activities to help alleviate my boredom, I still have something when the list runs out. I don’t have to endlessly pursue activities to give my life meaning. My God-given life, with its God-given purpose, means my life is rich in meaning, and along with it satisfaction. I just need to remember that, especially when boredom leaves me feeling a little stuck.