Dave was diagnosed with terminal cancer in 2011. Hear his story as we ask him some bigger questions.

Dave was diagnosed with terminal cancer in 2011. Hear his story as we ask him some bigger questions.
Suffering, sin and evil, Life stories
cancer, Death, hope 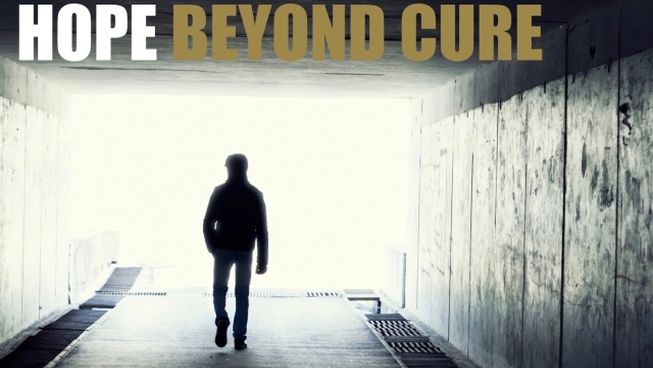 To download content, right-click the file name and “Save” or “Open with app” (Ctrl-click on Mac, Click-and-hold on mobile) …
Bible reference(s): 1 Corinthians 15:13-32

Dave McDonald was a church pastor and chaplain to the Brumbies Super Rugby Team. But two words crushed him: 'tumour' and 'incurable'. Dave was diagnosed with terminal cancer in 2011.

In this moving and emotional episode, Dave shares about experience, his struggles, his doubts and how he wrestled with the big question: is there hope beyond cure?

This episode was recorded live in Canberra in November 2017.

The smaller questions were about 'how much you know about the English rock band The Cure?'

The Cure are a band which write and perform songs, but you were faced with the situation of needing a different kind of cure. Can you tell us what happened? You were packing up about to leave Canberra...

You heard the doctor say ‘tumor’ and ‘incurable’. How did you feel when you heard those words?

The Cure released a song in 1992 called, To wish impossible things, at that time did a cure for your cancer seem like an impossible wish?

Reflections on the diagnosis

Didn’t you believe in heaven though - you believed that you were going to a better place? Why were you sad at the prospect of death?

If God is supposed to be good and powerful - why did he let you go through so much pain?

The New Testament book of 1 Corinthians, written by the Apostle Paul who was a leader of the early church, says in 1 Corinthians 15:17-19:

17 And if Christ has not been raised, your faith is futile; you are still in your sins. 18 Then those also who have fallen asleep in Christ are lost.19 If only for this life we have hope in Christ, we are of all people most to be pitied.

Who do you thank for your cure: God or modern science?

So Dave, is there hope beyond cure?

Ep 74: What is wrong with the world?
Bigger Questions
Gillian Porter 16 Jul 2017