Is there hope in the slums of the world? | City Bible Forum
Loading... 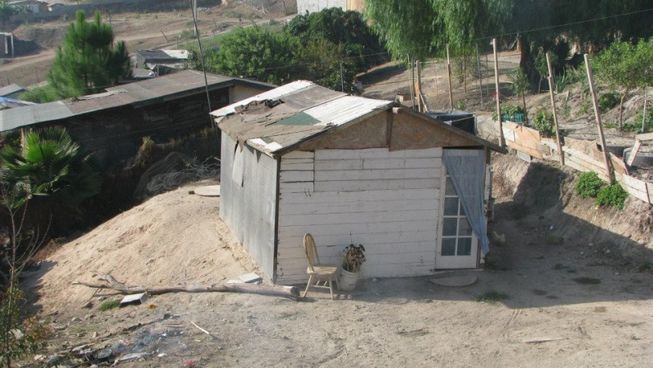 To download content, right-click the file name and “Save” or “Open with app” (Ctrl-click on Mac, Click-and-hold on mobile) …
Bible reference(s): Jeremiah 29.10-11

Diana Judge, was a senior global executive for Shell, at one point leading a 600 strong marketing team. But she gave that up and retired at 37 to found Volunteer Build (formerly Break Free Expeditions) - a volunteer travel organisation who works with the world’s poor.

This Bigger Questions episode is a re-edit and re-release of Episode 20 (recorded under the show's former title, hence the absence of episode number).

You might have heard of the film, Slumdog Millionaire. An unlikely hero emerging from the slums to go on to fame and riches. We love these rags to riches stories, of people like fashion designer Ralph Lauren who rose from humble beginnings to be worth billions. Apparently Ralph Lauren literally turned rags into ties which became the pathway to his riches.

Yet today we meet someone whose story is the opposite. Someone who went from the life of the ‘millionaire’ to instead work with the poor in the slums of the world.

Diana, welcome. Can you tell us your story. Perhaps starting with the ‘millionaire’ part. Life as a high flying executive?

What motivated you to make the change?

Life in the slum

Experiences of poverty in the slums. What have you seen?

How do you feel when you see this?

Some might think that it’s imperialistic and insensitive to come in and build houses for locals. The accusation is that you’re taking away jobs from locals, how do you react to that?

The Bible verse we’re reflecting on today comes from the Old Testament book of Jeremiah. Jeremiah was writing to God’s people, the Israelites. who were in exile. They’d been defeated, captured and deported to Babylon, the most powerful nation on earth at the time.

Things were looking bleak for Israel and God’s promises to them seemed a vain hope. Then Jeremiah writes this.

This is what the Lord says: “When seventy years are completed for Babylon, I will come to you and fulfill my good promise to bring you back to this place. For I know the plans I have for you,” declares the Lord, “plans to prosper you and not to harm you, plans to give you hope and a future. Jeremiah 29:10-11

This is the verse you put on all the houses you build in Mexico. Why is this?

What do you make of this verse? How does it inspire you?

‘Diana - I love your story, love to hear what you’re doing, really interested to hear about your work in Mexico, but how do you choose the project that you take on board?’

Another question has come in, and it’s a slightly longer one, ‘Diana, thank you for sharing with us today. A broader question if I may, on a more global perspective. We constantly hear the gap between rich and poor widening, we hear statistics like the top 2% of income earners own more than the bottom 30% in the world, and the amount of poverty in the world is increasing, all these very pessimistic reports. From your perspective, you are doing wonderful work addressing these issues, but on a confined scale. Are you optimistic or pessimistic about the way the world is going in terms of confronting the issue of poverty?’