A film that manages to shine the light on history

A film that manages to shine the light on history 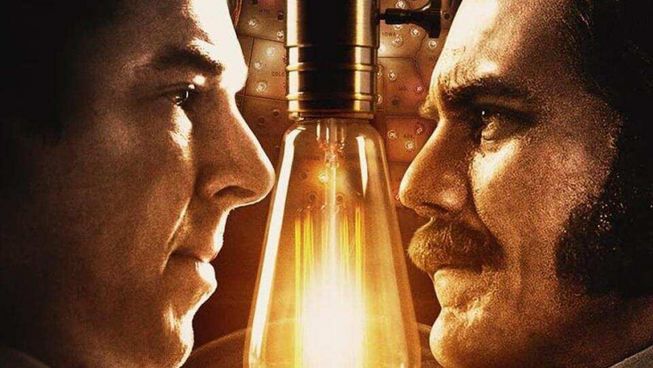 We live in a time in history where the use of electricity is a foregone conclusion for most of the populations of the world. With billions of people dependent on this power, it seems to be a foregone conclusion that there would have been a battle to control this commodity. Especially when it was initially being harnessed by those who saw its value. The brilliant minds of invention and business that were behind the initial development of the technology had the makings of compelling drama and fascinating historical implications.

Thomas Edison (Benedict Cumberbatch) is a name that still gets used to describe some of the greatest inventions of all time, most notably the lightbulb. It was not too long after he and his team made this discovery that the inventor considered using this technology to light the cities of the world. Receiving much of his backing from finance tycoon, J.P. Morgan (Matthew Macfadyen), the Edison Electric Company began to illuminate the cities of the United States with DC current.

Not wanting to miss out on the opportunity to be part of this revolutionary new venture, George Westinghouse (Michael Shannon) first reached out to Edison and was rejected. This motivated the successful businessman to start his own Alternating Current (AC) business. This was the beginning of the war between two of the most influential men in America at the time. This is when the race to power the nation began. 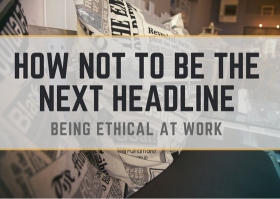 The Current War centres on the issues of business ethics. Check out Sam Chan's talk on ethics in the workspace.

How Not To Be The Next Headline

Even with electricity at the heart of the story, it struggled to have the power to light up the theatre. The screenplay went through an excessive number of changes, the director did not want the original film to be released and then it was pulled into the Harvey Weinstein circus. Director Alfonso Gomez-Rejon (Me and Earl and the Dying Girl) tried to keep the original cut from being entered in the Toronto Film Festival in 2017 and it was bounced around to various production companies for years. This allowed Gomez-Rejon to reenter the editing room with the film and deliver the current Director’s Cut of the film.

Despite the film’s struggles, it was advantageous to come into this film with fresh eyes. Having a stellar cast and showing a fascinating side of industrial history, this was a story that contained a spark of hope, if not being an overall electrifying experience. To see how Edison, Westinghouse, Morgan and Nikola Tesla (Nicholas Hoult) interacted in this nuanced fashion made for compelling cinema and an artistic look into this history-making time. A screenplay that helped to humanise these men and show that something as significant and essential to people’s lives, like electricity, did not merely appear. It explains how the process took personal, financial and intellectual sacrifice by all involved and that the operation became exceptionally messy.

The Current War: Director’s Cut is far from a perfect film, but for those who enjoy human history, this is worth the time. With all of the story elements that were introduced, the circuit breakers are pushed to their limits. In the end, it does manage to shine a light on our past.

REEL DIALOGUE: Do the ends justify the means?

Ethics. Morals. Finances. Justification. If allowed the opportunity to bend the rules in your business practice, get away with it and make money in the process, would you take the chance?

The Current War shines a light on the ethical and moral implications within the history of the world of utilities. Some of the decisions these men made did push ethical lines to the limit. They then had to deal with the implications of their actions. One of the critical story elements shows how Thomas Edison tried to explain that Westinghouse’s methods were dangerous to mankind. It proved to be his undoing and Achilles heel in the end.

Interestingly, George Westinghouse resorted to some unsavoury practices himself. Neither of these titans of the industry proved to be morally superior in their business practices. Despite doing great things to advance modern society, each showed that their hearts were not always working by noble methods. This illumination within the storyline casts a shadow across human nature. A reality that shows that when people get engrossed in their sin, justification becomes the method of convincing themselves that all is okay. Especially when they think everyone else is supposedly doing it too. A vicious cycle that never leads to good results in the end.

'Like a muddied spring or a polluted well are the righteous who give way to the wicked.' Proverbs 25: 26