Bring your whole self to work...or don't

Has the Thorburn saga fundamentally changed the work landscape?

Bring your whole self to work...or don't

Has the Thorburn saga fundamentally changed the work landscape? 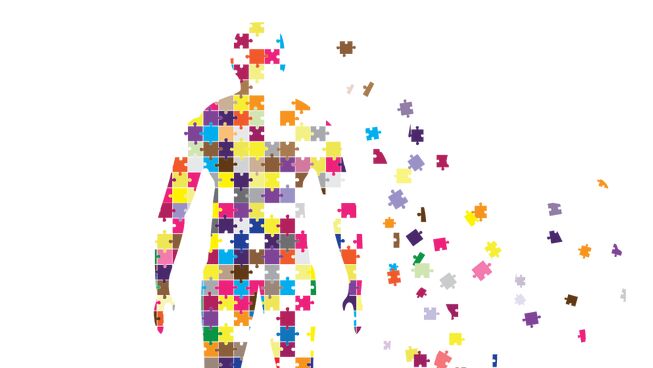 “Today it became clear to me that my personal Christian faith is not tolerated or permitted in the public square”. [1]

Those were the words of Andrew Thorburn upon announcing he’d stepped down as CEO of the Essendon Football Club, after a mere 24 hours in the role.

His crime? Being the chair of the board of a church which, almost 10 years ago, preached traditional Christian views on abortion and homosexuality. Such views were labelled “appalling”, “intolerant”, and “bigoted” (by the Victorian State Premier Daniel Andrews no less), and so Thorburn had to fall on his sword.

Thorburn was the former CEO of Australian bank NAB before getting appointed as the CEO of Essendon. Melbourne (where I live) has a huge football culture, so Thorburn’s appointment was big news—opinions were coming in from every direction, from the Victorian State Premier to the everyday person.

Thorburn is the latest in a growing line of people of faith in Australia who have either been removed from their job or felt they have no choice but to resign.

In many previous cases it was the publicly expressed views of the individual which had cost them their job (for example, doctors who have been sacked for their stance on gender issues). However in Thorburn’s case, it was a matter of guilt by association.

As Essendon president Dave Barham conveyed in announcing Thorburn’s departure from the club: “The Board made clear that, despite these not being views that Andrew Thorburn has expressed personally and that were made prior to him taking up his role as Chairman, he couldn’t continue to serve in his dual roles at the Essendon Football Club and as Chairman of City on the Hill”.

Thorburn didn’t reveal his position on these topics. But that didn’t matter. His very association with a church that had showed its hand was enough.

Andrew Thorburn has, by his own accounts and like all of us, made mistakes in his career. [2] However, he has good reason to feel concerned about why he felt he had no choice but to resign from a very public role. And I am too.

His resignation potentially sets a dangerous precedent. Is the teaching of the church of which I am a member enough to get me forced out of my job?

If my pastor makes statements deemed “appalling” by the wider community, irrespective of whether I agree or disagree with them, is my employment at risk? The Thorburn-saga leads to only one conclusion—yes.

I have spoken with numerous Christians over the last two days about how to respond in the wake of this incident, and three things stood out for me—challenge the contradiction, love one another boldly when the going gets tough, and be emboldened by the example of others.

Thorburn can hardly be expected to be held to the standards of his faith if his faith is not allowed. We can’t have it both ways.

In the same vein, the last five years have seen many workplaces encouraging employees to “bring [their] whole selves to work”. In the interests of promoting diversity and inclusion, employees are told they don’t need to hide their true selves from their colleagues. But after this incident, how many Christians will be enthusiastic to do this if their faith might become a reason for their dismissal.

I think Christians have an opportunity in this moment to gently and winsomely point out this contradiction. We can frame it like this: “I find it confusing to know what I can and can’t bring of “my whole self” to work in light of what happened to Andrew Thorburn. I want to bring my whole self, but not if the fact I’m a Christian might cost me my job”.

But there is potentially even more we might say. For example, I believe Christians (and indeed people of other faiths) should be afforded the right to bring their whole selves to work, but also to then be judged accordingly. I have no problem with being held by others to the standards of my Christian faith, if my faith and how it works itself in practice each day is welcomed. This was a privilege not afforded to Thorburn—he was out of his role before he even had a chance to demonstrate how his “whole self” might shape his work.

Is this contradiction something we could challenge in our workplace and in our society?

Rally around each other when the going gets tough

It’s clear that the time has come when Christians in countries like Australia may have to make very hard and costly choices if they are to remain standing with Jesus. This has been the case for many Christians around the world for a long time. It shouldn’t surprise us when suffering or persecution for our faith comes our way (1 Peter 4:14, 16).

Thorburn made this clear in his first public comments in the wake of his resignation: “My faith is central to who I am…I was being required to compromise beyond a level that my conscience allowed”. [3] When it came to a choice between staying in the job and making compromises that were against his Christian conscience, or to step aside, he chose the latter.

Now please hear me very clearly here. It is so easy for me to type these words from behind the safety of my keyboard. I know some people will have the resources in reserve for when they are forced into a lose-lose situation, so they have financial backing when they jump.

But for most of us, this won’t be the case. And that is why it is, to use Andrew’s word, a matter of conscience. It is a matter of wisdom, not right or wrong. We each will need to make our own decisions based on our Christian conscience.

But hear this very clearly too.

Now more than ever, we need to stand alongside our brothers and sisters who may have to make tough decisions to stand for Jesus.

And to do that might be costly for us also, in terms of our finances as we support one another, in terms of reputation as we are criticised for standing with them, and in many other ways.

God has not left us alone, both in terms of always being with us by His Spirit and giving us the rich blessing of a Christian community. Let us love one another boldly when the going gets tough.

Be emboldened by the example of others—and of Christ

I have found myself deeply encouraged by the private conversations I’ve had with Christians in the wake of the Thorburn saga. Person after person expressed to me a deep concern and even distress at the precedent set by Thorburn’s resignation, but also how his example had emboldened them to stand firm in their faith. His example communicated that they’re not alone, that others know what it is like to go through such suffering.

And that is precisely the encouragement the Apostle Peter gave his original readers: “Stand firm, because you know that the family of believers throughout the world is undergoing the same kind of sufferings” (1 Peter 5:9). We’re to be emboldened by the example of others.

More than that, we are to be emboldened by the example of our Lord and Saviour Jesus Christ. It is His example that the Apostle Peter highlights to his readers who were “suffering grief in all kinds of trials” (1 Peter 1:6). “Christ suffered for you, leaving you an example, that you should follow in his steps…When they hurled their insults at Him, He did not retaliate; when He suffered, He made no threats. Instead, He entrusted himself to Him who judges justly” (1 Peter 2:21, 23).

Brothers and sisters, love one another boldly, knowing that our love for one another is a crucial witness in itself (John 13:35, 1 Peter 2:12). Be encouraged by the example of others. But ultimately look to Christ who suffered on our behalf to bring us to God—the God who ultimately will judge justly.

Originally published on YMI at https://ymi.today/2022/10/when-following-jesus-costs-you-your-job/. Republished with permission 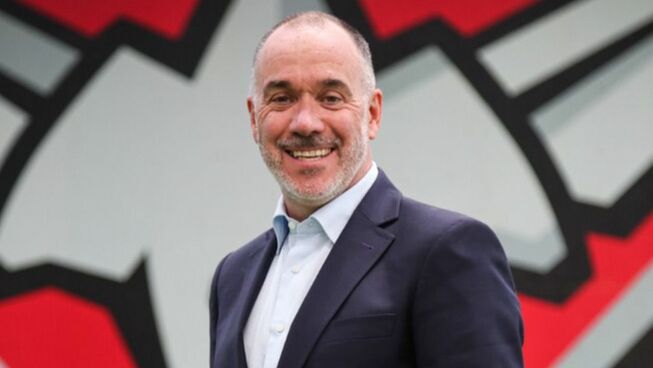 Don your faith at work?
Faith and work
4 Oct 2022
Andrew Thorburn and the question of faith in the workplace 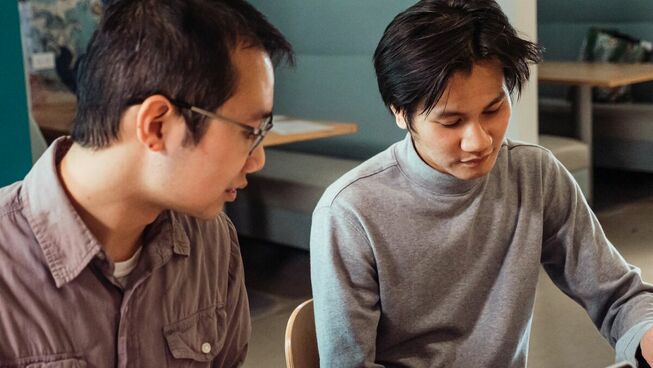