Is marriage worth fighting for?

Is marriage worth fighting for? 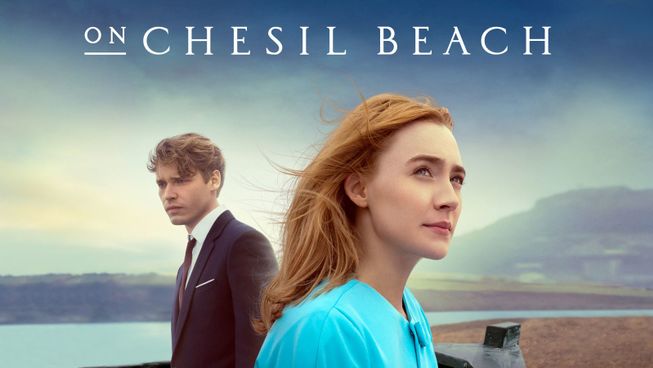 “A story lives transformed by a gesture not made or a word not spoken” ― Ian McEwan, On Chesil Beach

The wedding night brings different feelings for those who have experienced the joys and potential angst that this time in a young couple’s life brings. The realities of the commitments that have been made, the permanence of what it means to hear your names shared as husband and wife, much less what it means to share a bed. The famous novella by Ian McEwan explores this intimate and daunting first moment of a newly married couple in 1962 and how their histories impact this particular time in their nuptials.

Edward (Billy Howle) and Florence (Saoirse Ronan) have checked into the honeymoon suite of a small hotel on the Dorset seashore, at Chesil Beach. The mixture of love, hormones, and awkward tension that accompany the couple is palpable. After eating a meal, they move to consummate their newly established relationship, but despite their evident love for one another, things do not manage to be as comfortable with their physical relations as they had hoped. The two are very much in love despite being from drastically different backgrounds. Throughout the clumsy attempts to meet one another’s needs, they both reflect on the pasts that influenced everything that led to their marriage.

Edward came from a country family, with a father who was a school headmaster and loving husband to his wife who suffered from brain damage. While Florence came from an affluent and emotionally-frigid family who hoped for their eldest daughter to marry within her station in life. Despite the hardships of the couple’s home life, Edward goes onto becoming an accomplished history graduate and Florence strives to become one of London’s most celebrated violinists within her string quintet. It was during the transitions each was experiencing after graduating university and finding their own identities, they meet and begin a wistful and innocent romance.

It is not until after they are married that they realise that both bring baggage to the relationship that impacts how they can perform on the wedding night. Florence proves to be terrified of sexual intimacy and her husband’s inexperience in this area causes an unfortunate event that leads them both to have to reassess the decision to marry. In the heat of the moment and through desperate intentions, each provides a solution that is unacceptable to the other and makes this ominous walk along Chesil Beach the turning point in their young lives.

Ian McEwan’s tale of the Mayhew’s wedding night has whispers of relational and visual beauty that is wrapped up in the harsh realities of the world. The depiction of young love is something to be celebrated with Ronan and Howle providing a wonderfully believable representation of innocence that comes with the rose coloured glasses of first-time love. The challenge begins with the introduction of the ultimatums that each makes after the devastating events that occur during their first time in bed together.

Unlike the love stories of the past, the jarring effects of the scenes that lead to the inevitable conclusion of this relationship are so close to reality, it may leave audiences with a bitter truth that lacks any entertaining appeal. Proving that the fragility of the early stages of marriage need to be something that couples should look to get as much advice and direction on before progressing in this beautiful union.

From the beginning of time, marriage was meant to be a bringing physically, spiritually and emotionally together of two people as stated in the first book of the Bible, ‘Therefore a man shall leave his father and his mother and hold fast to his wife, and they shall become one flesh.’ A beautiful depiction that has an inevitable beginning, but also means a lifetime of commitment and adaption to grow. Even with the excitement of the ‘wedding night,’ the real magic occurs as a couple grows closer through the years.

Unfortunately, director Dominic Cooke’s adaptation of On Chesil Beach proves that selfish decisions by both individuals in this bittersweet love story cause the end to something potentially beautiful. For all of the emotional investment and charm that comes in the first two acts, this is devastatingly crushed by the end. There are lessons to be learned in the value of good communication in a relationship, but the lessons within the love story fail to lift this out of the doldrums of the cloudy skies of the British Isles.

Where do you go in the Bible to find answers on the topic of marriage?