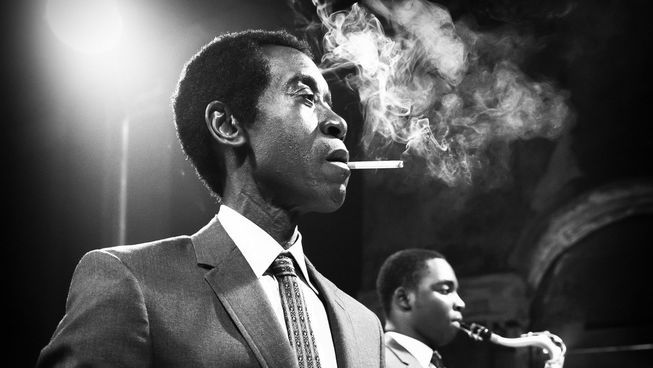 Getting the jazz virtuoso Miles Davis’ biography to the big screen has been a passion of Don Cheadle (Iron Man 2 & 3) for the past decade. As his maiden directorial venture, he decided to direct the biopic and star as the visionary trumpeter. Like the free flowing style of Davis’s music, Cheadle travels from 1945 to the late 70’s through the personal life and music career of the jazz icon.

The career of Miles Davis began in 1944 where he had a mercurial rise to fame alongside celebrated saxophonist Charlie Parker. He was influential and formative in raising the profile of jazz and pushing the boundaries of the industry. Then in the late 70s, he disappeared from the music scene, became reclusive and was sought after by the record companies and local gangsters to answer for debts and new music. This era is where Cheadle introduces audiences to Miles Davis, a broken man who suffers from addictions, chronic pain, financial issues and musical ghosts who haunt him. In amongst the squaller of his life, Dave Braden (Ewan McGregor) bursts in on his life. Braden is an ambitious reporter from Rolling Stone who is seeking an exclusive interview with the music idol.

In the process of convincing Davis to give him the interview, the two men get involved in a multitude of events involving drug purchases, musical rivals and a car chase. Each situation within the plot line causes doors to be opened into the multi-faceted life of Miles Davis. The rise and fall of his marriage to dancer Frances Taylor (Emayatzy Corinealdi), his on again off again relationship with his record label and his struggle with fame and subsequent drug use. Cheadle explores the curse and salvation that come through music for the tortured artist.

For fans of jazz and specifically Miles Davis, the visual style of the first-time director will be familiar and expected while it might be difficult for those unfamiliar with his musical stylings to appreciate. The storyline does not remain in a traditional timeline, but moves throughout time like Davis’ music moves in a unique manner through different melodies and rythmns. The portrayal of the band leader and composer is unsettling and does not draw audiences to his side, but that does not seem to be the purpose of the film. The story seems to convey that most great music comes through a vast amount of turmoil and difficulty. Showing that for the sake of their music, many of these artists sacrifice relationships, health and money to expose their hearts to the world.

Don Cheadle does an admirable job in conveying Davis’ life in front of and behind the camera. The artistry that he attempts to deliver can be appreciated, but does reveal his lack of tenure as a director. The challenge may be in the subject matter, but the script and performances remain in a dreary existence that make it difficult to connect with the story. What was most disappointing for this fan of jazz is the minimal amount of actual musical performances. Miles Davis is one of the most influential individuals in music history, but his biopic contained very little music to celebrate. Overall, it was a monumental task for a freshman director and this outing was commendable. This is a film for fans of Miles Davis and for the rich history of jazz, but may not be appreciated by those who cannot appreciate the reverent tones of this musical style.

Music happens to be an art form that transcends language. Herbie Hancock

What is it about music that permeates the soul? It is central to most cultures and celebrated in the Bible, but if it becomes an obsession, it can destroy lives. Where does the power of music find its origins? What does God have to say about the work of music in our lives? 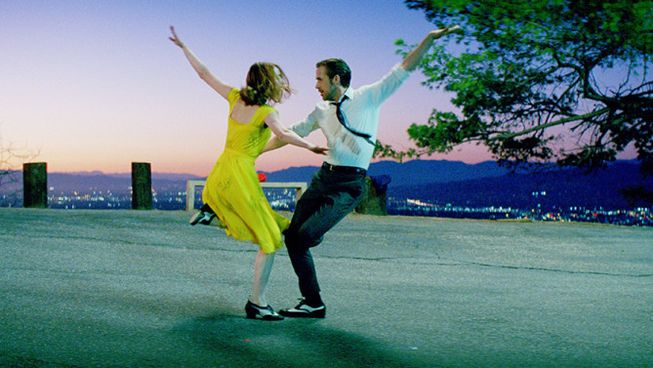