Are you a watcher or a player?

Are you a watcher or a player? 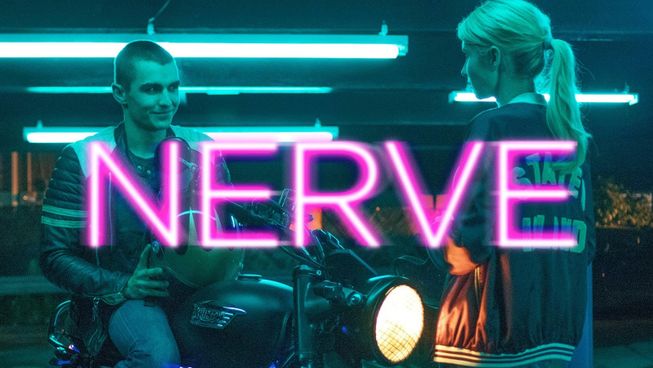 Vee (Emma Roberts) is at a crossroads of her life and must decide which path to choose. High school is coming to an end, university is looming and she has to consider leaving her mother behind in Staten Island, New York. In amongst her big considerations in life, Vee’s friends challenge her to become more of a risk taker. While the year 12 student is happy with how she lives, she has to admit that she is more comfortable watching others from behind her camera. Until one day she begins to feel the weight of living a cautious life and decides to throw off her prudent lifestyle and become a player in the on-line game, Nerve.

Initially Vee is captivated by the game of truth or dare and finds it exhilarating to be directed by the anonymous group of ‘watchers’. This on-line audience directs each step of this endeavour and they are instrumental in connecting her with the adventurous and mysterious Ian (Dave Franco). What she thinks is innocent fun turns into a terrifyingly voyeuristic exercise in staying alive. She must decide whether to keep playing, to bail out of the game or to commit the ultimate sin against this community and to become a snitch. Each of these choices have their own unique consequences and Vee must consider her next step.

With the fear of identity theft on the minds of many in our society, relatively unknown director’s Henry Joost and Ariel Schulman (Paranormal Activity 3 & 4) have touched on a raw nerve with their latest creation. Packaged in a teen drama, these young directors have taken Jessica Sharzer’s 2012 novel that deals with the overarching power of the internet and social media and exposes the world’s vulnerabilities. They have targeted the young adult market and seem intent on shocking them awake with the realities of the ‘dark internet.’

Interestingly, their cinematic statement is not against the internet or social media themselves, but position these cyberspace tools as amoral entities. They lay the blame for the vicious nature of these computer-based mechanisms in the hands of the players that misuse and drive these live-action games. Also, these semi-visionary directors manage to show that society has become a prisoner to its own creation. The bigger question is how to get free from this trap?

In the same vein as The Running Man and The Hunger Games, this is a world of reality games gone bad. Nerve brings this method of entertainment back from the dystopian future and allows it to occur in the modern era. All of it being disturbingly believable, the message is not masked in anyway. Within the teen drama genre, the dialogue becomes a bit commonplace and immature, but that aspect does not derail this cautionary tale. Roberts and Franco are engaging and manage to provide the believable chemistry that makes their pairing a plausible option. Also, the inclusion of Emily Meade (Money Monster) and Miles Heizer (Rudderless) provides the necessary circle of friends to motor the story along. Another unique aspect that this directorial team has managed to achieve is to have a ‘faceless’ villain throughout the story. It has been ineffectively attempted in past films of this nature, but Joost and Schulman are able to achieve this unique element which provides the necessary tension.

What lifts this type of film from the run-of-the-mill entertainment to a standout consideration for the entertainment dollar is how they bring things together in the end. This is where the directorial duo made their primary misstep. This surprisingly captivating film moves along at a well-timed and rapid-fire pace, but the conclusion is unbelievable and less than satisfying. In an attempt to tie off all of the loose ends quickly, they fail to provide an adequate resolution. That being said, the film is worth seeing. They stay true to their target audience and provide admirable, but frivolous entertainment that weaves in a deeper educational value that all ages should consider.

Like money, the internet and social media are amoral elements in our society that can be used for good or evil. People can rail against the evils of these web-based items that have infiltrated our modern lives, but the root issue of evil is not with the tools themselves, but the users. The warnings do not need to be about these tools as much as in how they are used. Society has to come to terms with the fact that no-one is truly anonymous in the world. Every key stroke and swipe has its consequences and there is an accountability for each action. Either in this life or in the next. Also, the evil that is seen in the internet comes from within the hearts of those using it. To deal with the problem, people need to turn their cameras on themselves and do some reflection. Fortunately, there is a solution.

Passages on where evil rides and the solution: 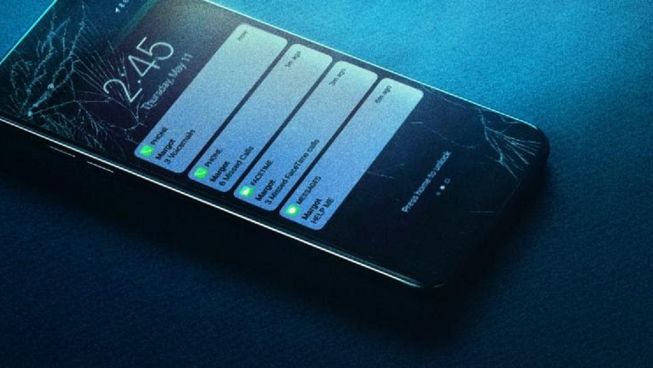