Artistry should have integrity, unashamed transparency, and a quiet spirit that advertising cannot ever have, simply due to the pressure to make sales. In Jesus’ life, He displayed all of these things. Yes, He did call for action and longed for the people around him to open their minds and their hearts to a very specific hope, but He did not manipulate or threaten or sell with this hope. He displayed the world He was creating through acts of love, fleeting and impermanent moments between himself and other people, mostly in private, and He displayed it at great cost.

Jesus aimed to transform lives, to write His words on his followers’ heart. It's a sobering thought. This artist's legacy had to be the transformation of human hearts, as He left nothing else – no plates of gold or scraps of papyrus for us to revere as relics. So it is with art. Theatre echoes on, though we can never revisit that room; works of public art are temporary, they are dismantled, eroded, vandalized; books are read once and rarely revisited; canvases are discarded. There is nothing new under the sun, and despite the Shakespeares and the Picassos and the Emily Brontes and other prophets of longevity, we do tend to replace the last generations’ art with our own more modern and astute revelations.

However, those that have experienced the uniting power of theatre, or the immersive experience of public art, or the transporting nature of a novel, know that temporary art leaves permanent marks upon us. It writes itself into us. We are not left unchanged. For the artist, creative consummation is not simply being remembered, but the effect that they had in that moment of history, and the effect they perhaps continue to have in mysterious whispered ways down generations. The prevailing work of the artist is what is transformed within the communities, on both the small and large scale; what is provoked by a single performer; what is discovered, even within a single audience in the isolation of a rural Middle Eastern village; and how one private interaction might then transform someone 2000 years later, in a world so thoroughly different that the records of that time, barely makes sense.

The absolute impermanence and quiet humility of Jesus' life show to me that the last intention on His heart was propaganda. The man of sorrows simply and unashamedly, was. And he let whatever response was deemed necessary play out in its fullness, for better or worse. Those responses, as we know, were mixed. He was followed and worshipped, revered as a healer and a saviour. He was also humiliated and tortured and executed by the very people He had apparently come to rescue from oppression. It is a risk to come with a message like that and leave nothing of permanence. There is no fallback. There is no plan B. Either the message will continue to transform lives, or it will fall weekly away ... and yet ... here we are.

So how do we behold the gospel as art? It's a vulnerable thought to entertain: beholding the life of Jesus as art. For the Christians, I imagine there are tensions. We don't live in a culture that promotes art as pivotal. Can God's divine work really be equivalent to a piece of theatre? Does allowing Holy narrative to be considered as artistry dismiss the gravity of the truth? I would argue that art should always be true, especially that which is story. And for those who do not consider themselves followers of Jesus, this is perhaps a strange thought: to engage with a religious narrative you do not believe in, as if it were performance or poetry or a painting. But that is precisely what will free us from the cultural binaries and presumptions and fear that we all find ourselves facing in this time. Art is unapologetically for all. We may or may not be ready for it or interested in its questions – and it always has questions – but it welcomes us and our varied responses. It does not want to manipulate us.

Jesus is for all too.

You are allowed to interact with, weigh, and critique this story. You are inescapably part of this story, but you do have agency. The story of Jesus is an invitation, not a warning, though it may be exclusive. It has a message, not an agenda, an open guest list, not a sales target. It can be beheld without contract or condemnation. I encourage this openness, not because I want to take advantage of it, but because I think it can help all of us understand and relate and reconcile. If you do have questions for Christ or Christianity, or you're wondering how on earth you could connect with this story or expression of God, this posture of provocation, receiving and responding will open the eyes of the heart. Stories present us a truth that we can actually absorb.

When I met God, I was in an early break in my acting career, much to my parents' surprise, and thrust into a world of red carpets and television awards and glamour. And it was all anyone supposedly wanted, but I was desperately lonely and I had never felt less creative in my whole life. The artistic process wasn't about story anymore. It was about selling, and I was the product. I felt objectified and sexualized and commodified, but it was all the industry had told me that I was worth, and it didn't help that I was ashamed of the very body that was being sold so publicly, and had been struggling with an eating disorder since the age of 13. Acting school had taught me the power of tension and subtext in the cathartic climaxes of the final act that released the audience from their thrall. They hadn't taught me about predatory journalism, finding my naked body spread on the internet, or the way performers subconsciously used other performers, as if success was sexually transmittable.

I was very critical of Christianity, especially the politics I’d encountered, and I used to declare very proudly that I was so open-minded that the only people that I judged were Christians. I was an LGBT artist. I was fascinated by new age spirituality and prone to wild behaviour. My lifestyle was near to the opposite of the apparent Christian lifestyle, and I can tell you very honestly that I was the last person who wanted to meet God.

But I did meet God.

I met him in a hotel room reading a Gideon Bible. I'd visited church with a friend once or twice, out of a mocking curiosity, and found it emotionally overwhelming and kind of baffling, but I had felt something I could not explain and it bothered me. It niggled at the back of my mind like a pop-up on my phone. It just kept getting in my ear, and I decided to read the Bible to stop any brainwashing in its tracks and convince myself once and for all that the story was bigoted and laughable just as I had been taught that it was. Instead, I discovered the person I had been searching for my entire life, but did not even know existed. And I read the four stories of Jesus over two weeks. And over that two week period, I completely transformed as a person. The story took me and held me and forced nothing onto me. In fact, it was so gentle and so subtle that I was provoked to push it further and deeper. The Jesus I met was nothing like the Jesus I had read, critiqued in the news, or in Christianese propaganda. This man carried both complexity and simplicity and He accepted me completely as I was. I was struck by His beauty. I was not manipulated or condemned or persuaded by the texts. I didn't need to be. The story reeked of truth. It felt more true to me than any story that I was living, or any story I could choose to live. And it provoked a desire for truth in me that I didn't actually realize I had. I was invited into a new story and the new story set me free.

My decade long eating disorder healed over those two weeks. I can't explain it. I won't say it was divine, though perhaps that is a version of the truth, but I know that the story I was told by the life of Jesus told me of a body that was worth something more than starvation, commodification and emptiness; that my body was wholly architecture, a home to God, a friend, and not a slave. The story told me the truth and the truth was that I was whole and that I was healed and that I was safe ... and so I was.

Propaganda sets out the terms of righteousness, law and belief very clearly, with great control and no gray areas. It condemns the wrong response. Art allows freedom for whatever response is deemed necessary. It invites a mystery. It invites questioning. The story that transformed me was the latter, not the former.

The heart of God is the heart of the artist, to me. His intention is not to condemn, imprison or manipulate. He’s provocative, invitational, and unconditional in His grace. That is the point of difference for me with Jesus. That is where the story steers away from the Christian agenda and that picture of an advertising guru who has set up a 2000 year old pyramid scheme with the pressure for souls, the threat of hell and the manufactured conveyor belt of salvation. To me, the story of Jesus does not present a contrived urgency to avoid impending doom, but rather a profoundly counter-cultural definition of salvation, which quietly rejoices in the beauty and the wonder of it. Salvation is exactly that – freedom. If it is urgent, it is in the same way a groom might've waited for his bride on their wedding day. It is the urgent tension of love, unconsummated. Salvation is an invitation to taste the free banquet, to sit under the tree and feel the shade, to let a man die so that he might get to love you, to have that heavy backpack lifted off your shoulders so you can walk the rest of the way home lightly and gently. Those things are not transactional. They’re simply offered by the artist for free. All that is required is that you step into the gallery; that you behold the creation; that you open the book, and you let yourself into the story.

This blog is an abridged version of the talk by Anna McGahan at the 2019 Smith Lecture. Scroll down to access Parts 1 and 2 of the talk. 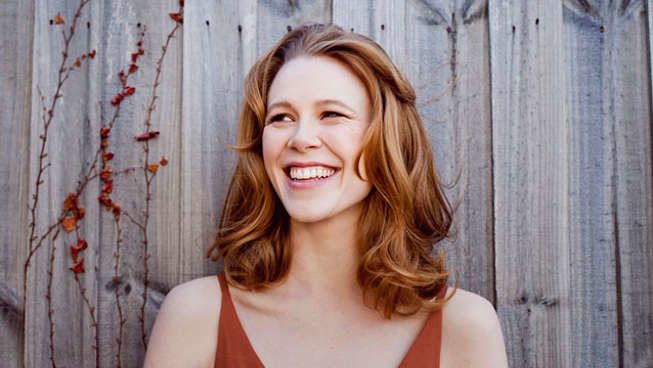 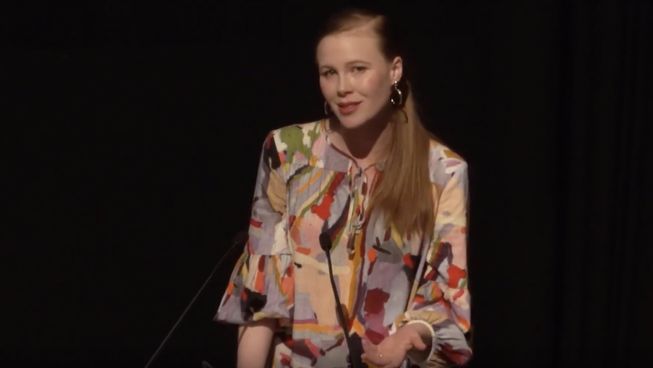