When will Macaulay Culkin be too old to be left home alone? | City Bible Forum
Loading...

When will Macaulay Culkin be too old to be left home alone?

Life and love and God in the middle years

When will Macaulay Culkin be too old to be left home alone?

Life and love and God in the middle years 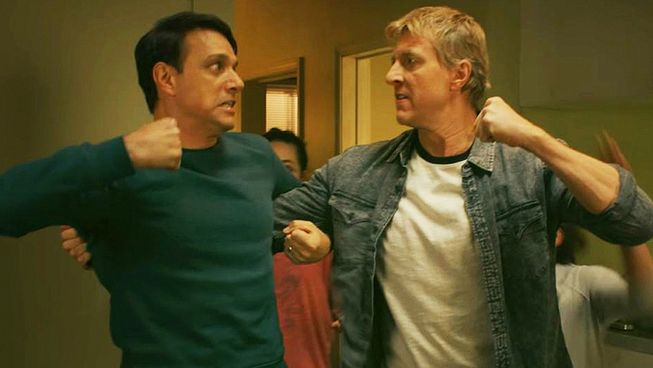 Home Alone star Macaulay Culkin shocked us all last week with this Tweet.

Hey thanks a lot you little brat. Besides I don’t need you to make me feel old. Rolling out of bed and creaking through that first kilometre of my morning run will do me quite nicely thank you. And don’t think the alarm going off was the first time I got up, no siree. A small, and increasingly rare, win is sleeping through without getting up for a pee. This 53 year old bladder needs an upgrade.

But the fact Culkin is no longer a little brat is astonishing. Forty? He was ten in 1990 when Home Alone hit our screens. Thirty years ago. The upside is that forty is in that sweet spot age. Culkin can be home alone now and no one feels the need to make a movie about it.

But don’t get used to it buddy! You’ll be seventy in thirty years time, an age when it’s touch and go whether you should be left home alone again. Maybe you’ll wander off. Maybe you’ll leave the stove top on. Maybe your kids will go on vacation without you.

And speaking of ageing in the movie nostalgia land that time forgot, The Karate Kid, Ralph Macchio - aka Daniel la Russo - turns sixty next year. His karate nemesis, Johnny Lawrence, played by William Zabka, fifty six. Funny how Johnny looked older than Danny in the movie, but they would have only just crossed at high school!

Not that either man, in real life, has wasted the middle years, the success of the movie giving both a chance to do side projects, including Zabka’s multi-award winning short movie Most, an agonising Central European heartbreaker full of family tensions and grief. More punch than a roundhouse kick to the face that one.

Which brings us to the fanboy question of all questions: What would life have looked like in those middle years for Danny and Johnny? Ever since the original, that thought has played on the minds of many a fan. The movie truly is the “peaked at high school” story. I mean what do you do with all those trophies you won at seventeen after you’ve stashed them in a cardboard box in the attic? Move on to a trophy wife and trophy life I suppose. Trouble else, not everyone gets a trophy.

So with that in mind what is life like for the pair? Well it’s complicated. The beauty - and weakness - of The Karate Kid is that it isn’t until the end that we see there is more to each character than cardboard cut out goody and baddy. Life just isn’t like that. Especially in the middle years.

Enter Cobra Kai - a reboot of the lives of Danny and Johnny more than three decades later. It started life on Youtube Red before being snapped up by Netflix and is going gangbusters. Two seasons down and one to be released soon.

Now in their fifties things don’t look so clear cut for our two sparring partners. Johnny’s trajectory has been downward since high school; failed marriage, failure as a father, failure as a man. And Danny? Well he’s got all the trimmings, but there’s an edge to him, a sense of agitation, that despite the lovely wife, two kids, the beautiful house and successful business, things aren’t quite as together as they seem.

They’ve been so busy succeeding (Danny), or failing (Johnny), that both have left things unattended in crucial areas of life. And it’s when Johnny comes back into Danny’s life by (actual) accident, that the old wounds are reopened. As I said, it’s complicated, and becomes more so as the series progresses.

Just who is the bully here? The success story who uses his influence for dubious leverage, or the karate has-been who takes pity on the bullied kids attending his rival’s daughter’s high school?

I’m going to leave the spoilers there, but suffice to say Cobra Kai - the name of the karate dojo (training school) in both the original and this spin-off - becomes a battle ground for two men who use each other as an excuse to fight their own demons.

What strikes me as I watch the series, and most of all in the flashbacks, is just how quickly the intervening years rush by. For me as much as them. I was on the verge of university when the original came out, and now my daughter is doing tertiary study. Where did it all go? Why is it my default to think 1995 was fifteen years ago, when in fact it was twenty five?

For most of us, those middle years are fast paced, even though so many of them feel like a drudge. Relationships and young children and getting into the work routine, and perhaps broken relationships and another young child, the odd redundancy, a parental illness and death, and suddenly, you’re fifty!

They say time passes quickly when you’re having a good time. But it also passes quickly when it seems there are not enough hours in the day. And that feels like the middle years. It’s not so much that they pass at a rush, more that they can pass unthinkingly. It’s there and then it’s gone. Just like mist in the morning sun.

That’s pretty much the way the Wisdom Literature of the Bible puts it, in the book of Ecclesiastes in the Old Testament. It's an observation about life lived out under the sun, all its stresses, successes, sorrows and joys. Work, life, sex, pleasure, pain, financial decisions. Very 21st century.

And the term to describe all of this activity in life? Misty! Or as a classic translation puts it, “vanity”. But “misty” is a better descriptor. Life isn’t just vanity. Not at all. The rest of the Bible ensures that we know life is meaningful because God infused it with meaning. All good gifts come from Him, we are told.

Life is joy-filled not just sorrow-filled. Enjoying work and family life is a good thing. Eating and drinking to celebrate birthdays and weddings is fantastic. Fantastic, but misty. It’s there one minute, - and even seems like it will go on for ever that way -, then suddenly it’s gone. It’s over. Health and wealth can disappear at a shot, and the Danny La Russos of this world are no more insulated from that reality than the Johnny Lawrences.

The same Ecclesiastes has these words for us:

"Remember your Creator in the days of your youth, before the days of trouble come and the years approach when you will say, ‘I find no pleasure in them...’"

The poetry then goes on to describe the human ageing process, including these wonderful images:

before the sun and the light and the moon and the stars grow dark,

and the clouds return after the rain; when the keepers of the house tremble,

and the strong men stoop, when the grinders cease because they are few,

and those looking through the windows grow dim;when the doors to the street are closed

and the sound of grinding fades;

The call is to remember God when you are young. Where’s middle age? Why doesn’t the wisdom writer mention middle age?

Because he’s wise, that’s why. He’s wise enough to see what Cobra Kai teaches; that the intervening years can go by in an unthinking whirl of activity or stress or perhaps even pleasure. But go by they do. And if the stats are any indication, most people who turn to God do so before the age of eighteen. Without radical intervention the intermediate years are not the place where the big questions in life get dealt with.

And will you return to those questions when you are old? Not according to the wise man in this book. You just won’t. You’ll be too bent in your ways to muster the desire, and too bent in your back to muster the strength. My own father died terribly of dementia. I never met anyone in his nursing home having conversations about their mortality, or the meaning of life. It was all about morning tea, their medications and calling out for bedpan changes.

Remember your Creator now, says the writer. It’s not a suggestion, it’s a warning.