Dystopia: what are you afraid of? | City Bible Forum
Loading...

Dystopia: what are you afraid of?

Dystopia: what are you afraid of? 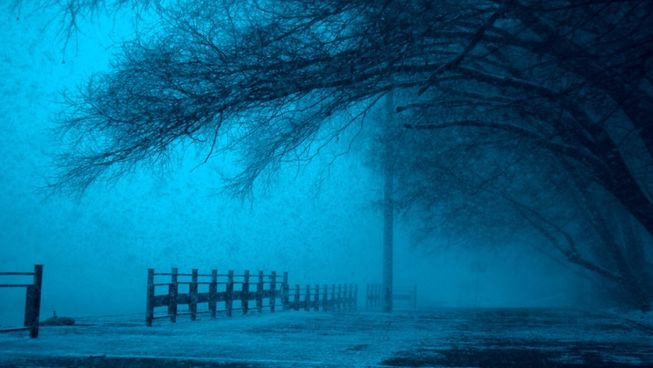 To download content, right-click the file name and “Save” or “Open with app” (Ctrl-click on Mac, Click-and-hold on mobile) …
Bible reference(s): 1 Peter 3:13-15

Why is fear so powerful? Shane Rogerson and Steph Gear explore explore the big questions raised by dystopian novels e.g. The Hunger Games, 1984, The Handmaid's Tale & Where's Wally. An engaging conversation confronting our fears, but offering hope of overcoming them.

Shane Rogerson is senior minister of St Matt’s Anglican church in Prahran. He's passionate about engaging with the bigger questions of life.

Stephanie Gear runs a Melbourne based catering business, works part time with City Bible Forum and is a passionate reader.

This episode was originally broadcast and released on 23rd September 2018, hence the absence of an episode number.

How much do you know about dystopian fiction?

So dystopia, it’s very popular, but what exactly is it? What would make something dystopian?

At the start of 2017, the book 1984 experienced a resurgence of sales with sales jumping 9,500% and the book jumping to number 1 on the Amazon best-seller list. The book was published 70 years ago - why do you think it’s made such a comeback?

What attracts people to dystopia?

English literature academic Rob McAlear claimed that 'If the persuasive strategy that governs utopias is "hope," for dystopias it is "fear."' Is this true?

What fears do dystopian fictions particularly tap into?

These are legitimate fears though aren’t they?

Religion can also be a force used to intimidate and control as is seen in the recent award winning dystopian TV series, The Handmaid’s Tale. Steph, you read the book as a high school text, and you’ve watched the TV series - what did you make of it? Did you enjoy it?

It really is an adult only show though isn’t it?

So in The Handmaid’s Tale - what are people afraid of? Is it patriarchy or religion, or a combination of both?

At the core: freedom and control

So at the core of dystopia is the fear of loss of control and freedom. So what does true freedom look like?

Are there limits to freedom?

The Bible’s reflection - coping with fear

This week’s big question is about dystopia: what are you afraid of?

In the New Testament book of 1 Peter, the author, Peter the Apostle, writes a letter to a group of Christians scattered across the Ancient world. He writes in Chapter 3 verses 13 and 14.

13 Who is going to harm you if you are eager to do good? 14 But even if you should suffer for what is right, you are blessed.

So Shane, it sounds like the recipients of this letter are suffering in some way. What was their situation?

Peter goes on and exhorts his recipients amidst their difficulties by saying,

‘Do not fear their threats; do not be frightened.’ 15 But in your hearts revere Christ as Lord.

So why should they not fear? What reason does he offer to overcome fear?

He says, Christ as Lord - isn’t it a scary prospect to revere someone as Lord?

In 1984 ‘Big Brother’ was depicted as an infallible and all-powerful omnipotent leader. Some have drawn connections between Big Brother and God: a large, masculine deity who is always watching you and demands that you unconditionally love and obey him. So isn’t following ‘Jesus as Lord’ just patriarchal, controlling submission?

So Shane & Steph as we’ve thought about dystopia today: what are you afraid of?