What does Minecraft teach us about God? | City Bible Forum
Loading...

What does Minecraft teach us about God?

What does Minecraft teach us about God? 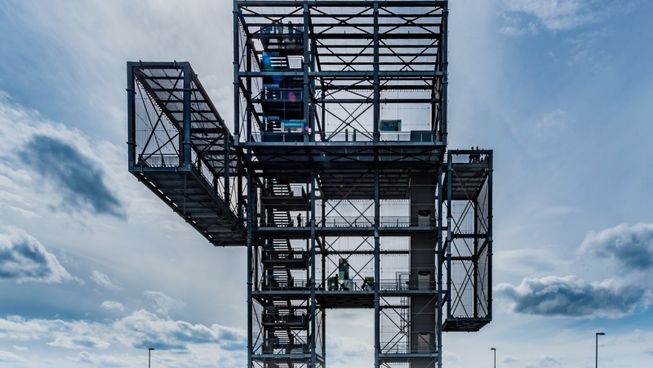 To download content, right-click the file name and “Save” or “Open with app” (Ctrl-click on Mac, Click-and-hold on mobile) …
Bible reference(s): John 1.1-18

This simple computer game had sold over 125M copies. It's engaging, versatile, inventive, and puts you in charge. There are character costumes, themed parties, even international MineCon conventions. James Garth, a Dad of Minecrafting boys, an aerospace engineer, fellow of ISCAST, and a self confessed Geek, digs into what Minecraft reveals about ourselves, and perhaps a bigger picture.

In this conversation we explore many bigger questions: is there a creator? is life fine-tuned? what about suffering? does prayer work? what will the future hold?

Join us as we ask James some bigger questions.

This episode was originally broadcast and released on 13th May 2018, hence the absence of an episode number.

How much do you know about Minecraft?

Description and appeal of Minecraft

Now James, whilst Minecraft hasn’t quote sold as many copies as Tetris, it still has still sold nearly 150 million copies making it just about the most popular game ever. It’s not the most visually attractive game, so what makes the game so appealing?

What do you do in the game?

As a part of the game, you have a character? What’s his name?

'Minecraft' is to a large degree about having unique experiences that nobody else has had. The levels are randomly generated, and you can build anything you want to build yourself.

Is part of the appeal of the game is that you have freedom and the power to in some senses ‘play God’?

If the character of Minecraft, Steve, became self aware and self conscious, what do you think are some of the big questions of his little electronic existence that he’d start to ask?

Do you think he’d ask the big question ‘is there a God?’ Is there something beyond the Minecraft world?

The game Minecraft allows a number of parallels to be drawn with the bigger questions concerning God, life and meaning. For example, it seems that the world of Minecraft follows a pattern and an ‘order’ - almost if the world is ‘fine tuned’ - could you have the game without this order?

The more controversial connection would be to suggest that there is ‘order’ or even ‘fine tuning’ in our universe. Interestingly, agnostic scientist Paul Davies once said concerning the laws of nature that,

“Scientists are slowly waking up to an inconvenient truth - the universe looks suspiciously like a fix.”

So much so that atheist scientist Sir Fred Hoyle, the distinguished cosmologist, once said it was as if "a super-intellect has monkeyed with physics". Is there this same level of fine tuning or order in our universe?

But what about the really big parallel between Minecraft and God - the big question of ‘is there a creator’? Notch is known as the Minecraft game creator - is that significant?

Is it significant that Notch is invisible “in the game”?

But if God is there - why is he invisible?

Although we do know the creator of Minecraft - his name is Notch and he lives in a very big house in Beverly Hills in the USA - but we don’t have the same access or certainty of a creator of the universe do we?

Today's Big Question is: What does Minecraft teach us about God? And surprisingly even though the New Testament was written 2,000 years before Minecraft, the Bible itself helps us answer this question.

In the opening verses of the Gospel of John, one of the four biographies of Jesus’ life we have, John 1:14 says

The Word became flesh and made his dwelling among us. We have seen his glory, the glory of the one and only Son, who came from the Father, full of grace and truth.

So James, what is the significance of this? John has already been speaking about the creative power of the Word. What do we make of when it says that ‘the Word became flesh and made his dwelling among us’?

John writes that we have seen “the glory of the word”. Now the ‘glory’ of a Minecraft player is the creations they make in the game. What is the glory of the Word of God?

John goes on to write in Chapter 1, verse 18 of his Gospel,

No one has ever seen God, but the one and only Son, who is himself God and is in closest relationship with the Father, has made him known.

This passage says ‘no-one has ever seen God’, do you think that the Bible expects that you won’t be able to see the creator of the game?

Now James, you’ve trusted in this God as revealed in the words of the Bible. How has it changed the way you play the game of life so to speak?

So James, what does Minecraft teach us about God?

Ep 76: How can I believe that there is more than this?
Bigger Questions
James Garth 30 Jul 2017