Failing to re-launch this franchise, that is the truth

Reel Dialogue
Failing to re-launch this franchise, that is the truth 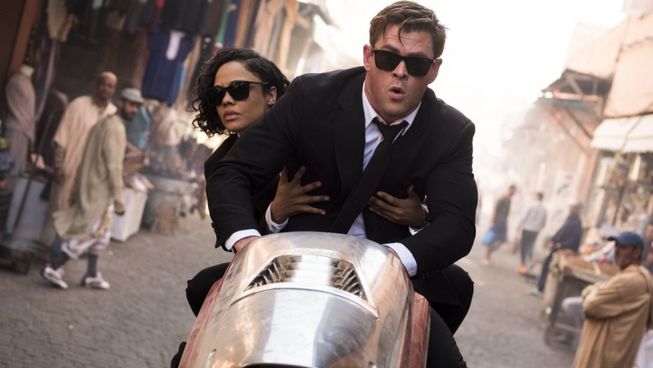 http://reeldialogue.com/men-in-black-international/More reviews of films in theatres and streaming at Reel Dialogue

'You know the difference between you and me? I make this look good.' - Agent J (Will Smith)

Over the past two decades since the release of the original Men in Black, the world has changed. In 1997, Will Smith was at the height of his stardom and Tommy Lee Jones proved to be the perfect foil to the Fresh Prince’s verbal antics. The magic that was there from the beginning has steadily faded with each ensuing film, despite the continued box office success of each film. This new chapter comes into a different world of fake news, #metoo and multiculturalism which has redefined the landscape for franchises that were born in the 80’s and 90’s. What are the chances that the team at Sony can jumpstart this franchise with Chris Hemsworth and Tessa Thompson fresh off their comedic venture with Thor: Ragnarok? 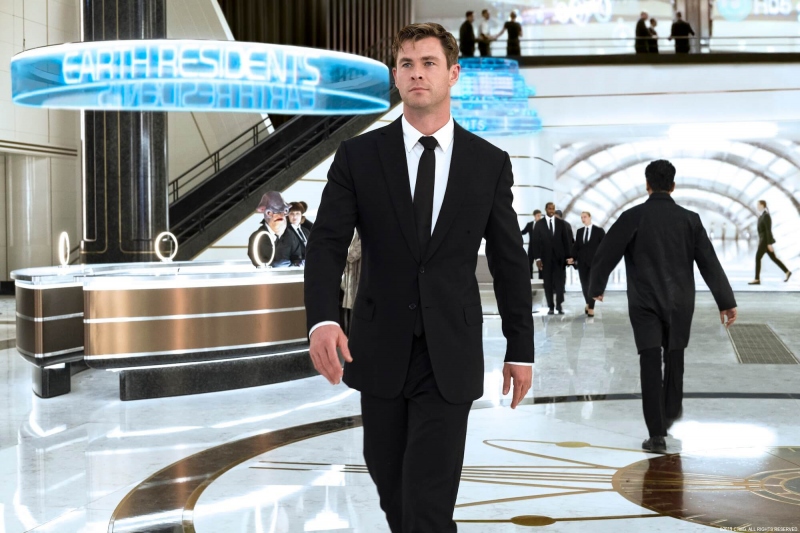 With F. Gary Gary (The Fate of the Furious) in the director’s chair, the world inhabited has a familiar look to it with a new spin. When Agent M (Thompson) was young, she had an encounter with a space alien, but only her parents managed to get nebulised. The experience lingered with her throughout her life and the young genius sought out the secret organisation called the Men in Black. When her chance came to infiltrate the mysterious agency, she is confronted by Agent O (Emma Thompson) and the full power of the bureau. Instead of wiping her memory, they decide to give the young woman a probationary role as an agent and send their newest agent off to the London office.

Due to the legendary actions of Agent High T (Liam Neeson) in the defeat of the universal villainous force called The Hive, he is the head of the London branch. High T has a strong team of agents which includes his former partner, Agent H (Chris Hemsworth), who has become a bit of a loose cannon and a liability. The leader decides to give this less than remarkable agent the innocuous role of babysitting a visiting alien dignitary called Vungus (Kayvan Novak). H decides to take M along to the party as a means of initiation into the agency, but the entertainment quickly turns into a battle for the universe. The dignitary decides to trust the newest member of the MiB with one of the most dangerous weapons ever developed to keep it out of the hands of a new alien threat called Le Twins (Laurent and Larry Bourgeois) as well as the knowledge that there is a mole within the ranks of the agency.

The contributing elements that provided the appeal of this franchise was a combination of chemistry between the lead characters, the imaginative duality of the worlds of aliens and earthlings plus satisfying humour. This latest chapter attempts to achieve this charismatic mix, but each aspect that made the original so fresh never manifests itself in this inter-galactic excursion. What the film has going for it is that it is relatively sanitised, safe and benign for families to consider during this film season, but does not break new ground for the franchise.

Thompson and Hemsworth had great chemistry during Thor: Ragnarok and this must have been the motivation to put them back together on-screen. Unfortunately, lightning does not always strike in the same place twice and the electricity failed to conjure up any spark between these two. Another side that went missing in this pairing is the comedic side to their acting abilities, something that both have proven to have, but did not manifest itself in this film. 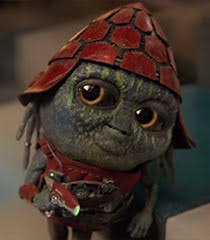 Hemsworth seems to be coasting through this role and Emma Thompson as Agent O was ultimately underutilised. Another victim of poor writing and the worst wig in movie history was Rebecca Ferguson (The Greatest Showman) as the arms dealer Riza. The saving grace in this outing was the wit and timing of Kumail Nanjiani (The Big Sick) as the minuscule sidekick, Pawny. The smallest creature on screen managed to get the biggest laughs and steal the scenes from the star-studded cast.

Even though this franchise manages to show the compelling side of this dual world of aliens and humans, the whole thing does wear thin after awhile. Even though this may be the MiB for this generation, it does not capture the appeal of the first two instalments. Men in Black: International is a safe option, but does not shoot for the stars like the original and drops like a lead balloon on re-entry to theatres.

REEL DIALOGUE: Where can we find the truth about the universe?

Agent M says in her interview with Agent O that she is seeking out the truth about the universe. Interesting that when she says she achieved this goal in the film, it was impossible to discern the answer she received.

'How do people find truth in this post-truth world?’ Besides relying on mere intuition and personal conjecture, the search for the answer to this question has to be outside of the human experience. Some may look for answers in science, philosophy and religion, but how can people know where to find the answers to the ethical and moral queries?

Through this journey of enquiry, the Bible is an excellent source to consider. The wisdom found in the words of this book does not give specific answers to every situation that comes along, but it offers the framework to know how to make the right decision, and it even provides solutions to life’s more prominent considerations. In this investigation, the best places to start are in some of the books of wisdom in the Old Testament (Psalms and Proverbs) or the book of Romans in the New Testament.