The humble background of a legend

The humble background of a legend 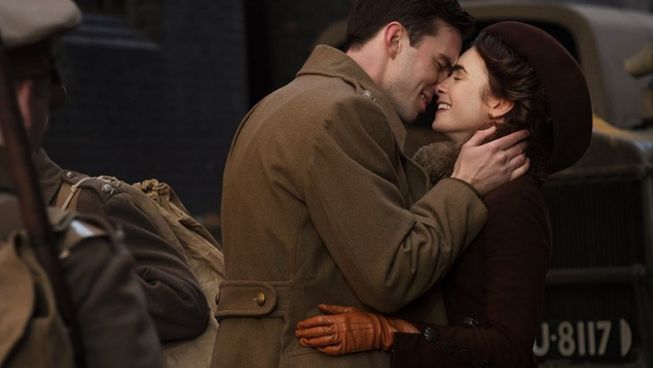 'No half-heartedness and no worldly fear must turn us aside from following the light unflinchingly.'

To bring up the name of author J. R. R. Tolkien automatically conjures up thoughts and discussions centred on hobbits, Middle Earth and the Lord of the Rings. Known for his literary masterpiece, most people are unaware of his history and the past that influenced his writing. The Oxford professor was a genius with languages and managed to surround himself with some of the greatest minds of his era.

The movie goes back to the years after the Tolkien family moved back to England from South Africa after the death of the father of the Tolkien boys and husband of Mabel (Laura Donnelly). Mabel and her two sons moved to Birmingham and got on with their lives until she died of complications from diabetes. Ronald ‘J.R.R.’ (Nicholas Hoult) and Hilary (James MacCallum) Tolkien were left under the guardianship of Fr. Francis Xavier Morgan (Colm Meaney) who desired to have the boys attend the prestigious school, King Edward's School. Boarding them with the affluent Mrs. Faulkner (Pam Ferris) who had a special border named Edith Bratt (Lily Collins).

Even with the budding romance occurring between Ronald and Edith, the heart of the story can be found in the friendships found within the walls of King Edward’s School. As an orphan, Tolkien grew his friendships with Rob Gilson, Geoffrey Bache Smith and Christopher Wiseman who formed a semi-secret society they called the T.C.B.S. (Tea Club and Barrovian Society). They would challenge one another to achieve their potential in scholastics and in life, especially with an emphasis on the arts. This fellowship remained steadfast throughout their school and university years, but then all was tested by the war to end all wars.

For those who are looking to see the inspiration for the magical world of hobbits and wizards, Tolkien does offer insights into the mind behind these worlds, but the methodical nature of the film does require some patience. Thomas "Dome" Karukoski’s direction attempts to overlay the critical relational aspects of the author’s life and connect them to being the inspiration behind his legendary writings. Being a story centred on one of the most famous linguists and academics means that fans must prepare themselves for extended dialogue and limited glimpses into the imagination of the writer.

This is a biopic that is reminiscent of The Theory of Everything and other films of this genre, where audiences get an opening into the world of academia and the minds of those who live in this space. The richest elements of the movie are found in the relationships between the young men of the TCBS and the budding romance of Tolkien and Bratt. Proving that regardless of the intellect of these boys, they are still working through the hormones and identity issues that have proven to be a struggle for men throughout history. The commitment of this tight-knit bunch was superbly played out and proved to be convincing why it was such a major factor throughout the lifespan of JRR Tolkien.

The romance between the professor and his muse almost seems to operate on a different plain than the rest of the film, but it was an integral aspect of the narrative. Collins and Hoult do have real chemistry and provide the passionate element of their relationship and Tolkien’s writings. The glaring exclusion from this tale was the existence of faith in the life of this man. He was a devoted Catholic and instrumental in speaking into the spiritual sides of peoples lives. Excluding this from his story was unfortunate and left a significant gap in the film.

Tolkien is a quietly beautiful story of love, friendships and the value of language. Karukoski takes his time to unpack the influences behind the master of some of fantasy literature’s most significant work. Despite some holes in the timeline, this does respect the earlier elements of the author and those he held dear in this depiction of his life.

REEL DIALOGUE - What is the value of a great group of friends?

Biopics like Tolkien may make you leave thinking of those who influence your life. It is not new in film, but it does show the felt need for friendships. Solomon writes of friendship in this manner, "Two are better than one, because they have a good return for their labor: If either of them falls down, one can help the other up. But pity anyone who falls and has no one to help them up."

This is one encouraging passage amongst many that talks to the value of friendship and how God is the author of this beautiful gift to humanity.